Woolwich, a well-known town in the South East of England is home to the Sikh Gurdwara, Ramgarhia Sikh Association that is ranked amongst the leaders in the UK.

In 1966, there were a considerable number of Sikh families living in and around Woolwich that decided to find ways and means of establishing a Gurdwara in Woolwich.

On May 27th 1967, a meeting was held to explore the purchase of a suitable building for the Gurdwara and towards the end of 1968, it was decided to buy a hall for social gathering, on Masons Hill to convert into the Gurdwara Sahib we know today.

In 1971, S. Harbans Singh Virdi suggested that the Gurdwara be known as the Ramgarhia Community Centre. Late Giani Kartar Singh Bhamra was appointed the first granthi. 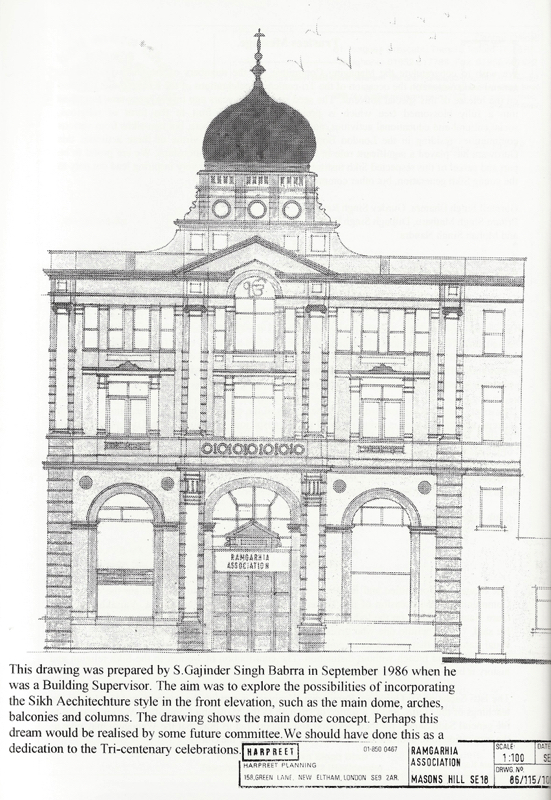 Since then, the Sikh community has grown in numbers and there are now estimated to be 10,000 Sikhs within the surrounding areas including Plumstead, Charlton, Greenwich and Abbey Wood.

The building is based on 4 floors with the second floor housing the main Darbar Hall. The Gurdwara extends to the third floor that offers a second darbar hall. The ground floor houses the main office, langar hall, and the new kitchen. The building has a lift facility and upstairs seating (where required) and the new extension will be home to spaces and rooms available for the Punjabi classes, yoga sessions, and santhya classes amongst other activities.